For Your October Consideration

I want to send off this dang manuscript, for better or for worse. I already have the next poetry project in mind. And I'm even ready to be on the road again.

October will bring some lovely happenings, and I want to be sure they're on your radar. 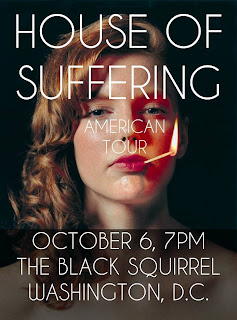 I'll be reading as part of the fifth stop of Danniel Schoonebeek’s tour ("so come on out and bring him an extra pair of socks"). The other writers include:

Michelle Dove, whose fiction appears or is forthcoming in New South, The Southeast Review, Passages North, Barrelhouse, PANK, Pear Noir!, and elsewhere. Her work received the John Steinbeck Award for the Short Story and the Fiction Prize from Style Weekly. She lives in Washington, D.C.

Danniel Schoonebeek, whose first book of poems, American Barricade, will be published in 2014 by YesYes Books. A chapbook, Family Album, is forthcoming from Poor Claudia this fall. His work has appeared or is forthcoming in Tin House, Boston Review, Fence, Guernica, Denver Quarterly, Gulf Coast, jubilat, BOMB, Verse Daily, Drunken Boat, and elsewhere. He writes a monthly column on poetry for The American Reader, hosts the Hatchet Job reading series in Brooklyn, and edits the PEN Poetry Series. Find him at dannielschoonebeek.tumblr.com.

Sarah V. Schweig, author of the chapbook S (Dancing Girl Press). Her poems and reviews have appeared in Black Warrior Review, BOMB, Boston Review, Gulf Coast, Painted Bride Quarterly, and Verse Daily, among others. A graduate of the University of Virginia and Columbia University, she lives in Brooklyn. Find her at sarahvschweig.blogspot.com.

Matthew Zingg, whose work can be read in The Awl, Sink Review, The Madison Review, Muzzle, Blackbird, HTML Giant, The Paris-American, and The Rumpus, among others. He received his MFA from Adelphi University and currently lives in Baltimore where he curates the Federal Dust Reading Series. 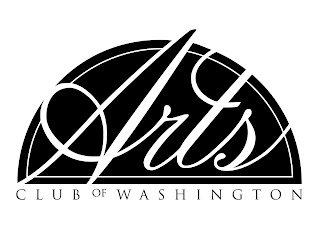 I'll be hosting this, in a welcome return to co-chairing Literary programs at the Arts Club. Novelists Mary Kay Zuravleff and Lisa Gornick read from their latest books, and talk with journalist Judith Warner about their work and the writing life.

Two new books by noted fiction writers trace the effects of trauma on contemporary families. In Zuravleff's MAN ALIVE!, all it takes is a quarter to change pediatric psychiatrist Dr. Owen Lerner’s life. When the coin he’s feeding into a parking meter is struck by lightning, Lerner survives--except that now all he wants to do is barbecue. What will happen to his patients, who rely on him to make sense of their world? What will happen to his family?

In Gornick's TINDERBOX, Myra is a Manhattan psychotherapist who hires a new nanny, Eva, who cleans like a demon and irons like a dream. Eva forms an immediate bond with Myra’s grandson. But once Eva, a Peruvian immigrant, settles into Myra’s patient chair to share her story, their relationship intensifies. Myra soon learns that even a family as close-knit as her own can have plenty to hide.

Each writer will share a brief passage from their books, before being joined by Warner for a moderated conversation. Warner, the author of We’ve Got Issues: Children and Parents in the Age of Medication, will explore how each came to center a book on a psychologist as protagonist, and other common themes. The three will also discuss the realities of being modern writers, particularly as women navigating the publishing industry. 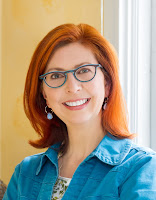 Mary Kay Zuravleff is the author of Man Alive! as well as The Bowl Is Already Broken, which The New York Times praised as “a tart, affectionate satire of the museum world’s bickering and scheming,” and The Frequency of Souls, which the Chicago Tribune deemed “a beguiling and wildly inventive first novel.” Honors for her work include the American Academy’s Rosenthal Award and the James Jones First Novel Award, and she has been nominated for the Orange Prize. She lives in Washington, D.C., where she serves on the board of the PEN/Faulkner Foundation and is a cofounder of the D.C. Women Writers Group.

Lisa Gornick is a clinical psychologist and writer living in New York.  She is the author of two novels, A Private Sorcery (Algonquin) and Tinderbox (Sarah Crichton Books/ Farrar, Straus and Giroux).  She earned a doctorate in clinical psychology at Yale, and is a graduate of the writing program at N.Y.U. and the psychoanalytic training program at Columbia.  A collection of linked stories, Louisa Meets Bear, is forthcoming with Sarah Crichton Books/ Farrar, Straus and Giroux.

Judith Warner is best known for her New York Times bestseller, Perfect Madness: Motherhood in the Age of Anxiety (Riverhead, 2005), and for her New York Times column, “Domestic Disturbances.” She is a contributing writer for the New York Times Magazine, an opinion columnist for Time.com, and a Senior Fellow at the Center for American Progress. Her latest book, We’ve Got Issues: Children and Parents in the Age of Medication (Riverhead, 2011), received an Outstanding Media Award for Science and Health Reporting from the National Alliance on Mental Illness.

A signing and light reception will follow, with books available for purchase.

A reading to celebrate my 2013 chapbook, "None in the Same Room: Poems from the Traveler's Vade Mecum," winner of the annual contest, with judges Sharon Dolin and Harryette Mullen, and Honorable Mentions Sheila Carter-Jones and Alexandra Regalado. Chapbooks and broadsides will be available for purchase. 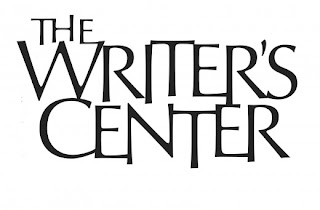 "Make Lit Happen: Journeys Through the MFA and Beyond"

I'll still be in New York, unable to attend--but this should be great!

This one-day seminar will examine the value of MFA programs, the differences between low-residency and traditional MFA programs, and alternatives to the MFA. The seminar will include two panels focusing on MFAs and alternatives. Panelists include Kyle Dargan, David Everett, David Fenza, Joshua Weiner, Jill Leininger, Marie Pavlicek-Wehrli, Sara Taber, Tim Denevi, and moderator Nicole Idar.

The first panel, "MA and MFA Nuts & Bolts"–consisting of directors of local MFA and MA programs–will meet from 10 am to noon. The second, "Personal Journeys," from 1 to 3 p.m., will consist of individuals who’ll relate their particular journeys as writers and the role the MFA played, or did not play, in the process.

The day includes a 1-hour break for lunch between the two panels, and a wine and cheese reception after the second panel. There will also be light refreshments (muffins, orange juice and coffee) at 9:30 a.m. before the first panel meets.

Kyle G. Dargan is the author of three collections of poetry, most recently Logorrhea Dementia (UGA, 2010). His debut, The Listening  (UGA, 2004), won the 2003 Cave Canem Prize, and his second, Bouquet of Hungers (UGA, 2007), was awarded the 2008 Hurston/Wright Legacy Award in poetry. Dargan’s poems and non-fiction have appeared in publications such as Callaloo, Denver Quarterly, Jubilat, The Newark Star-Ledger, Ploughshares, TheRoot.com, and Shenandoah. He is the founding editor of Post No Ills magazine and was most recently the managing editor of Callaloo.

David Everett is the academic director of the Writing Program at Johns Hopkins University and is responsible for the day-to-day direction of students, faculty, and the curriculum. He teaches nonfiction, science-medical writing, and the program's thesis course, and has been involved in the design of nearly all program courses. His reporting and writing have won many awards, including the highest honor for Washington Correspondence from the Society of Professional Journalists; investigative awards from the University of Missouri, the Associated Press, and various other organizations.

David W. Fenza, Executive Director of Association of Writers and Writing Programs, has taught creative writing, literature, and composition at Johns Hopkins University, Old Dominion University, Essex Community College, and Goucher College, and he has served as editor for numerous literary magazines. He is the author of a book-length poem, The Interlude. A graduate of the writing programs at Johns Hopkins University and the University of Iowa, he earned his Masters in Public Administration at the Harvard Kennedy School of Government. His poetry and criticism have appeared in The Antioch Review, Poet and Critic, and many other publications.

Joshua Weiner is author of three collections of poems, The World’s Room, From the Book of Giants (2006), which received the Larry Levis Award from Virginia Commonwealth University, and The Figure of a Man Being Swallowed by a Fish, all published by University of Chicago Press. He is also editor of a book of essays, At the Barriers: On the Poetry of Thom Gunn.  He is on faculty of the MFA Program in Creative Writing at the University of Maryland.

Tim Denevi received his MFA from the nonfiction workshop at the University of Iowa.  His work has appeared in Arts & Letters, Hawai’i Review, Wag’s Review, Denver Syntax and Hobart. He currently teaches in the Professional Writing Program at the University of Maryland and at The Writer’s Center. His first book, Freak Kingdom, a memoir/history of ADHD, will be released in 2014 by Simon and Schuster.

Jill Leininger earned her MFA in Poetry in 1999 from The University of Oregon, where she was also an instructor of poetry and an associate editor of the Northwest Review. Her second poetry chapbook, Sky Never Sleeps, was selected by Mark Doty in the Bloom Chapbook Contest.

Marie Pavlicek-Wehrli is a graduate of Seton Hill University (B.A., Studio Art) and Warren Wilson College (MFA, Poetry). She has been a Fellow at both the Virginia Center for the Creative Arts and the Ragdale Foundation. She is a recipient of a Maryland State Arts Council Individual Artist's Grant in Poetry and is a poetry workshop leader at the Writer’s Center.

Sara Mansfield Taber is the author of Born Under an Assumed Name: The Memoir of a Cold War Spy's Daughter (Potomac Books), as well as two books of literary journalism: Dusk on the Campo: A Journey in Patagonia (Henry Holt) and Bread of Three Rivers: The Story of a French Loaf (Beacon). She was a past William Sloane Fellow in Nonfiction at the Bread Loaf Writer’s Conference, and has been awarded residencies in creative nonfiction at the Virginia Center for the Creative Arts.

Moderator: Nicole Idar's stories have appeared in World Literature Today, Rattapallax, and The New Ohio Review, where she was as a finalist for the 2009 Fiction Prize. She holds an MFA in Fiction from George Mason University and a bachelor’s degree in English from Harvard University. She was an Associate Artist at the Atlantic Center for the Arts in Florida spring 2012, and was in residence at the Virginia Center for the Creative Arts in the fall of 2012.


Mark your calendars, friends--lots of exciting things coming up. I'd love to see you.