Yesterday, I went over to a friend's house. I arrived at 4 PM; I left six hours later. In between we drank wine, cooked four pounds of mussels, grilled vegetables, and traded poems. I was grateful for the sunshine, the gorgeous cherry tree flowering in her backyard, and her overly enthusiastic (and freshly washed) pup clambering for pets.

Most of all, I was grateful for the balance of the exchange: two poets who have been following each others' work for years, with a baseline of respect and appreciation, talking freely about drafts in progress. We don't have particularly similar styles, especially in our projects of the moment. But we're able to be frank about what's working and what's not on the page, and that's worth its weight in gold. Everyone needs trusted readers.

If you pursue being active in the literary world for a while, you're going to end up in all kinds of relationships. Literary journals, reading series, giving interviews or interviewing someone else, conferences and festivals, teaching gigs, blurbs, freelance, shared advocacies, spontaneous friendships--each of these is a path-crossing. Money sometimes comes into play, but the money is rarely consistent or proportional to the economy we live in. In other words, breaking a fee or honorarium down to an hourly wage won't help you make sense of how you spend your time, or necessarily help you set goals for the future. Sometimes the Yes we give to the unpaid thing leads to a lucrative opportunity. Sometimes the Yes we give to the thing with $$$ attached ends up costing us something of truly great (though unmonetized) value.

You're going to have to figure out some rules for yourself. Otherwise, you'll burn out. The first time I stumbled across this reality was helping a friend name what had become, for her, a toxic relationship with a larger organization. They thought they were doing her a favor. She thought she was doing them a favor.

Melissa Febos explored setting rules in a great 2017 essay called "Do You Want to Be Known For Your Writing, or For Your Swift Email Responses?" The truth is that I read that essay with a tingling sense of euphoria, followed by a wave of regret: I will probably be someone who goes to my grave known for her swift email responses. Replies at 3 AM. Replies at 5 AM. I'm an Inbox-12 girl and I actually feel really good about that. Accumulating a vast inbox of unanswered queries, implicitly tiered by their ease of reply and relevance to my professional momentum, would bring me absolutely no satisfaction whatsoever.

But I admire the core of her point, which is: find what works for you, prioritize it, and let go of the rest. If I spend the rest of my life in DC (the area in which I grew up, and attended graduate school), I'm going to end up with seven or eight tree-trunk rings of lives, concentrically embracing one on top of the next. I can't honor all of them, all the time. I think of this frequently in terms of local readings and arts events, which often stack 2- and 3-deep for each day of the week here. It's fantastic! It's ridiculous! It's impossible to experience in the way my completist heart desires!

Dang it. I was so hoping to have an answer to these questions by the end of this post, a winning strategy that could help me conserve my time so that encounters like the one described above--fresh mussels, flowering cherries, an exchange of poems--have the room to occur. The truth is that it's a process, one I'm in the thick of right now. I mention that so that if you're in the thick of it too, you know you're not alone.

Posted by Sandra at 2:33 PM No comments: 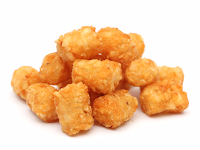 People sometimes ask how to know when a poem is "Done." I resist that term, actually; I think of poems as ideas and insights gathered to the consciousness of the poet. The text on the page (or as delivered live, in readings) is always just the best possible approximation the 'poem' available to that poet at the given moment. There's no one definitive version.

The practical advantage of that attitude is that I try to be easygoing about accepting other people's edits to my poems, or even typos in reproduction. Poems aren't cars; you can't ding their bodywork or crack their glass. Poems are clouds you get to ride for a little while, if you're lucky. Then the vapor yields to rain. Then you start over.

All of which is to say that I revise freely, sometimes heavily, as part of a poem's journey from draft to magazine publication to appearing in a book. I published a variation on this poem in 2013 via the southern Foodways Alliance's Gravy. Same title. But when I hunkered down with history--one of the central organizing principles of this new collection--I wanted to adjust the focus. The result feels like a new poem.

Lo, twelve children born to a woman named Thankful
in Nampa, by the border between Idaho
and Oregon. Lo, two brothers drive to Miami
not knowing if their plan will work.
Lo, what were once waste scraps fed to the cows
now repackaged—the fry shavings sliced, spiced, and oiled.
Lo, a chef at the Fountainebleau takes the bribe.
Lo, Tater Tots are dished onto the tables
of the 1954 National Potato Convention and soon,
enshrined in the freezers of America. Three decades later,
the golden age of my childhood is a foil-lined tray
plattered with Ore-Ida product, maybe some salt, maybe
nothing but the hot anticipation of my fingertips.
Lo, my mother is an amazing cook and Lo,
my grandmother is a terrible one, but on the tinfoil plains
they are equal. I need you to understand
why my father will never enjoy a ripe tomato
glistening, layered in basil. Put away your Brandywines,
your Cherokee Purples, your Green Zebras.
Lo, as with spinach, as with olives, he tastes only
the claustrophobia his mother unleashed from cans
to feed four children on a budget. We talk little of this.
Lo, what is cooked to mush.
Lo, what is peppered to ash. Lo, the flavor
rendered as morning chore—that this, too, is a form of love.

Subtweet to the Universe 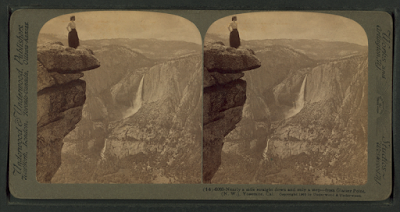 Let's say you set out to be a writer in the world.

Along the way, you meet someone who is charismatic and perhaps has the power to help you. But the dynamic goes wrong. Maybe it's a matter of one conversation, one evening. Maybe it's a prolonged exchange over months or even years.

For them, the consequences may exist--a cold look from a colleague, "moving on" from a job--but they are still part of a world that considers them eligible for readings, publications, awards. Maybe even more than eligible: celebrated.

You, in the meantime, are trying to restore something that was lost. You're finding it hard to advocate for yourself when you meet writers, afraid of lapsing into the patterns of last time. Maybe you no longer even think of yourself as a writer.

Some time later, in a cultural moment when people are being encouraged to step forward, you wonder if something would be gained by speaking out. And as you are trying to gather your courage, they speak out instead.

Because they, too, have been abused. They write something jaw-drop beautiful about it. Of course they do--they're writers. Of course, people you love and respect, people who don't know of your experience (and maybe a few who do), are going to cheer this person on in their moment of revelation and honesty as part of a road to (fingers crossed) recovery. And I don't want to devalue that natural response.

But I do want to acknowledge that their words can 'save someone's life,' while making it harder for you to live yours.

Don't let their public confession of damage become a bulwark against owning your own private pain, as if you somehow no longer have the 'right' to be angry. Being abused does not justify abusing others. Period. This is particularly galling when the narrative, which has given such rich attention to one's own victimhood, grows so much....vaguer...when talking about the era of your encounter. If mentioned at all.

You are a writer in the world. Please write it.

With much respect,
S
Posted by Sandra at 6:15 PM No comments:

A Ten-Year Glance Back 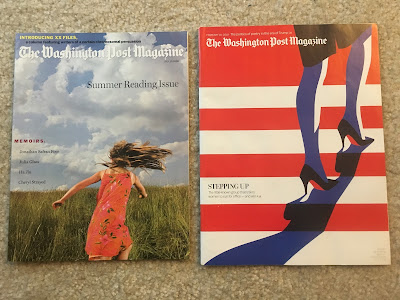 Have you been trying to figure out how to keep going? I have. It is helpful to be honest about that, in this weird stretch: the optimism of our 2018 resolutions are wearing off and yet the weather, by and large, has not yet lifted our spirits.

One of the consequences of moving is that one has to reshuffle belongings and filings. So I came across the cover of the very first Washington Post Magazine where my work appeared, in 2008, as the lead-off for the "XX Files" columns "of a certain chromosomal persuasion." There's Cheryl Strayed, pre-Wild. A stock image of a girl runs, playful, across a field.

Ten years later (and in between), I am again in the Washington Post Magazine. This time I'm talking about "The politics of poetry in the era of Trump," following my trip to Cyprus--an opportunity that would have been unimaginable ten years ago. The image is of a woman's calves, decisive, stepping up.

On a bad day, I might look and see  two bylines, in the exact same spot, neither with my actual name. Today, I'll look and see that I'm hanging in, my work now standing alone rather than one of an amalgam. And look how far the larger cover has come.

I have friends and loved ones, a place to put my head down at night. But when I look back, it will be writing that saved my life during this stretch. Because I admit a kind of pure, driving curiosity about words that hit the page, even after all these years. What they can do. Where they can go. Narcissistic? Probably. I'm cooking, I'm hungry, I'm still here. I'll take it.

When I used to take photos of magazines and books in our old place, the place we moved from in January, I could take advantage of the pretty walnut of my grandmother's dining table, or the clean bamboo finish of our rented floor. Now that dining table is my husband's desk, and my floor option is a more pedestrian carpet. But the apartment that carpet belongs to is rent-controlled, and capacious enough to welcome a family for dinner on the fly. If you were coming through town and desperate for a couch (er, a floor) to crash on, the carpet of my studio could do the job. This creature is making herself at home at my feet right now~ 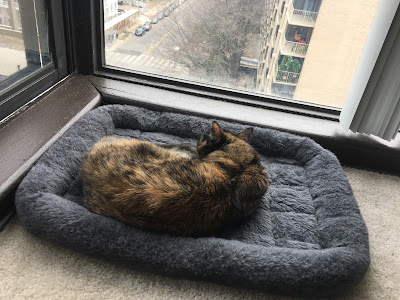 ...so I'm going to consider that a victory. I am all about the small victories these days. If you're going through hell, keep going.
Posted by Sandra at 3:56 PM 1 comment: