From the Hermitage Artist Retreat 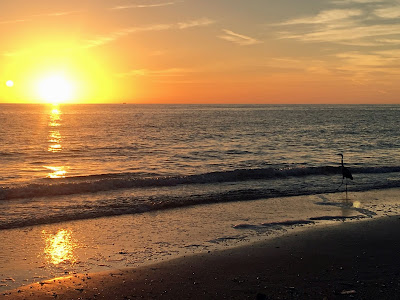 I am on my penultimate day of five weeks at the Hermitage Artist Retreat in Manasota Key. The house that is the heart of the Hermitage space is over a century old; if you stand in the right spot you can see the Gulf out of one window, and the bay out of  another. I've overlapped with a drummer, a novelist, a composer, a photographer, a clarinetist, two playwrights, and a visual artist who is working on a memoir.

Residencies are a chance to flex your wingspan. No one is pressuring you to get dressed, eat, or sleep at a certain hour. You might go a week without driving a car. The point isn't to take a break from working; the point is to privilege work you care about, that might live beyond you as art. If you're like me, you sit down with a piece of paper and literally reinvent what a day can look like.

I came down to Florida to work on my next nonfiction book. I came down here with an idea. But it was the long beach walks that gave me a title, solidified the outline, and fueled the drafting of opening chapters. The funny thing about an "idea" for nonfiction is that it's like an egg; perfect in concept. But you have to expose the inherent fragilities in your idea in order to overcome them. Here, the egg has been cracked. The real work begins.

Because I'm in the midst of writing nonfiction, I've been feasting on nonfiction. These are the books I read or re-read while I was here... 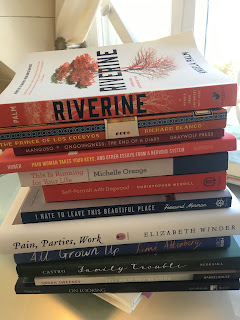 In particular, I've been thinking a lot about the variegated ways one can construct longform creative nonfiction. Several of these books very delicately tread the line between essays and memoir. One factor is the brevity or lyricism of the chapters at hand; another is the decision to recycle key narrative moments or factual contexts from one essay to the next. 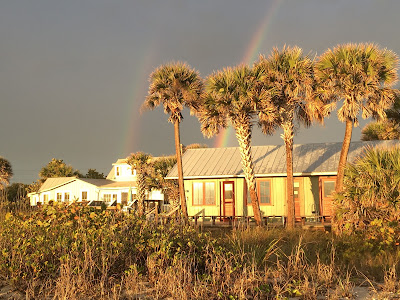 In addition to book-work, I served as the Annette Dignam Writer in Residence to the State Colleges of Florida, Manatee-Sarasota (SCF). I took over seven classes taught by four different professors, and I gave a reading. My final event was spending an hour with the "Swampscribes" (the creative writing club), talking about persona poetry.

On one hand, using exercises and readings I've used before is key to making this a privilege rather than a burden. On the other hand, I like being spurred to create new lessons, and I came up with one on public speaking that I will use going forward. We talked about eye contact, projection, and defining your "batter's box"; we looked at how to annotate a text for emphasis, interpretation, and dramatic pause.

Though this wasn't a literature course, I wanted to bring poetry to the table. So I de-lineated and made anonymous poems by William Carlos Williams, Langston Hughes, Gwendolyn Brooks, and Lucille Clifton, in order to give us "raw texts" for discussion (revealing, only at the end, their actual forms and authors), During a partnering exercise, I got to circulate and listen to the music of four students--four corners of the classroom--each simultaneously delivering Lincoln's Gettysburg Address.

SCF has graduated 47,000 students in the sixty+ years it has been open. They have four campuses and the Venice campus is cozy and bright, with a nature preserve at the edge. Each day I took ten minutes to walk the perimeter, listening to birds and looking for alligators. They were to be found--and one time, a little too close to my toes for comfort.

Back at home, there has been snow falling on bewildered cherry blossoms. Here, we had a tornado on a Monday night, which took out power to the lower half of the island; many afternoons get windy. But my sun-loving heart has been lightened by being here. I've taken over two hundred photos. I'll share a few with you here.


Time to go home. But I'll be dreaming about this place for months to come. 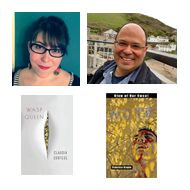 DC folks, see you soon! I'll be hosting a National Poetry Month celebration at the Arts Club of Washington on Tuesday, April 4--with two featured readers, Claudia Cortese and Francisco Aragon, plus an open mic. Angela Maria Spring will be on hand to talk about Duende District, a new bookstore initiative that will emphasize multicultural literary community.  7 PM start time, doors opening at 6:30 PM for the open mic sign-ups; free and open to the public. Full details are on the Facebook event page.