Sometimes, you just gotta hop on a bus to New York.

I packed my fur-trimmed hat and gloves; luckily, my more practical-minded husband convinced me to wear flats. My reading on the ride up was the January Poetry (Tarfia Faizullah's "100 Bells" is amazing, as is the "Las Chavas" portfolio, in which Spencer Reese and Richard Blanco workshopped with young Honduran women).

I managed to limit myself to a bag, laptop, six books to sell, two books to read from, and my purse. So, only somewhat camel-like. A small camel. 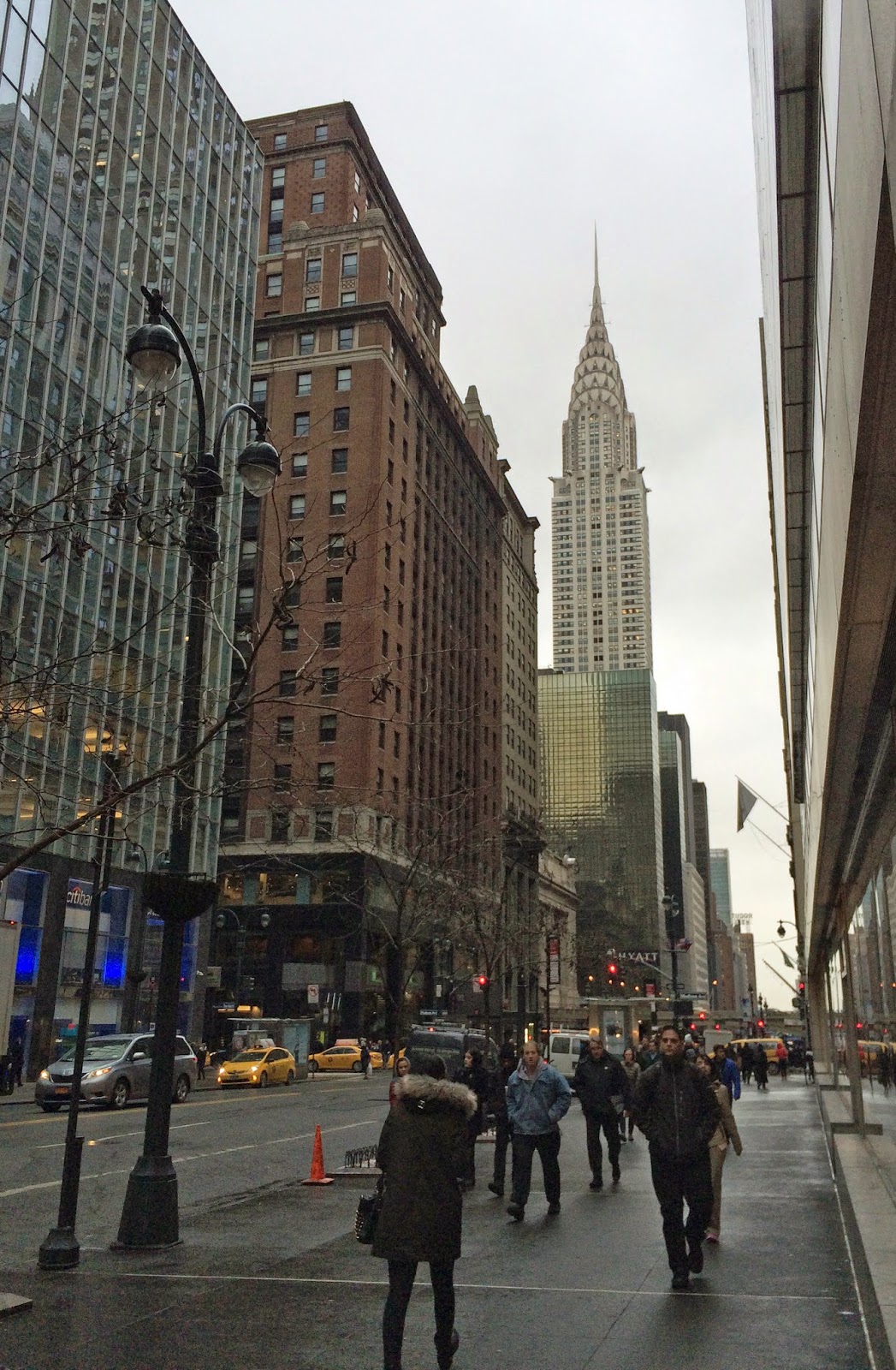 The first time I came to New York City by myself, Poets & Writers put me up in the Library Hotel during my weeklong stay for the Maureen Egen Writers Exchange Award. So I've always thought of the blocks around the New York Public Library as my home "neighborhood." Now, it's where I go to see my publisher. 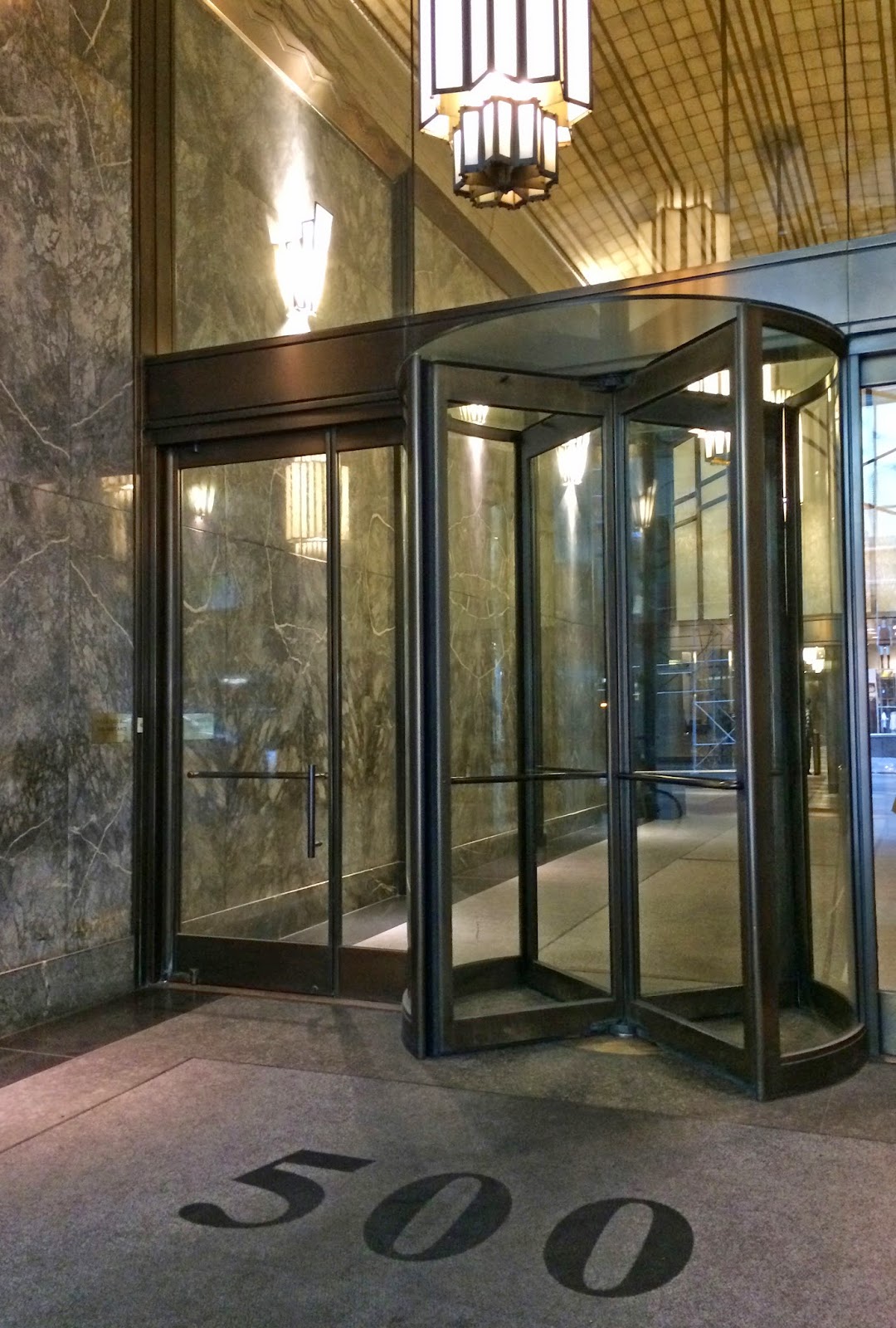 Seeing this never fails to make me stop and take a deep breath. The sixth-floor lobby has a collage of forthcoming book covers, and Cate Marvin's Oracle jumped out at me--good to see poetry proudly displayed alongside the "big" (read: money-making) titles. 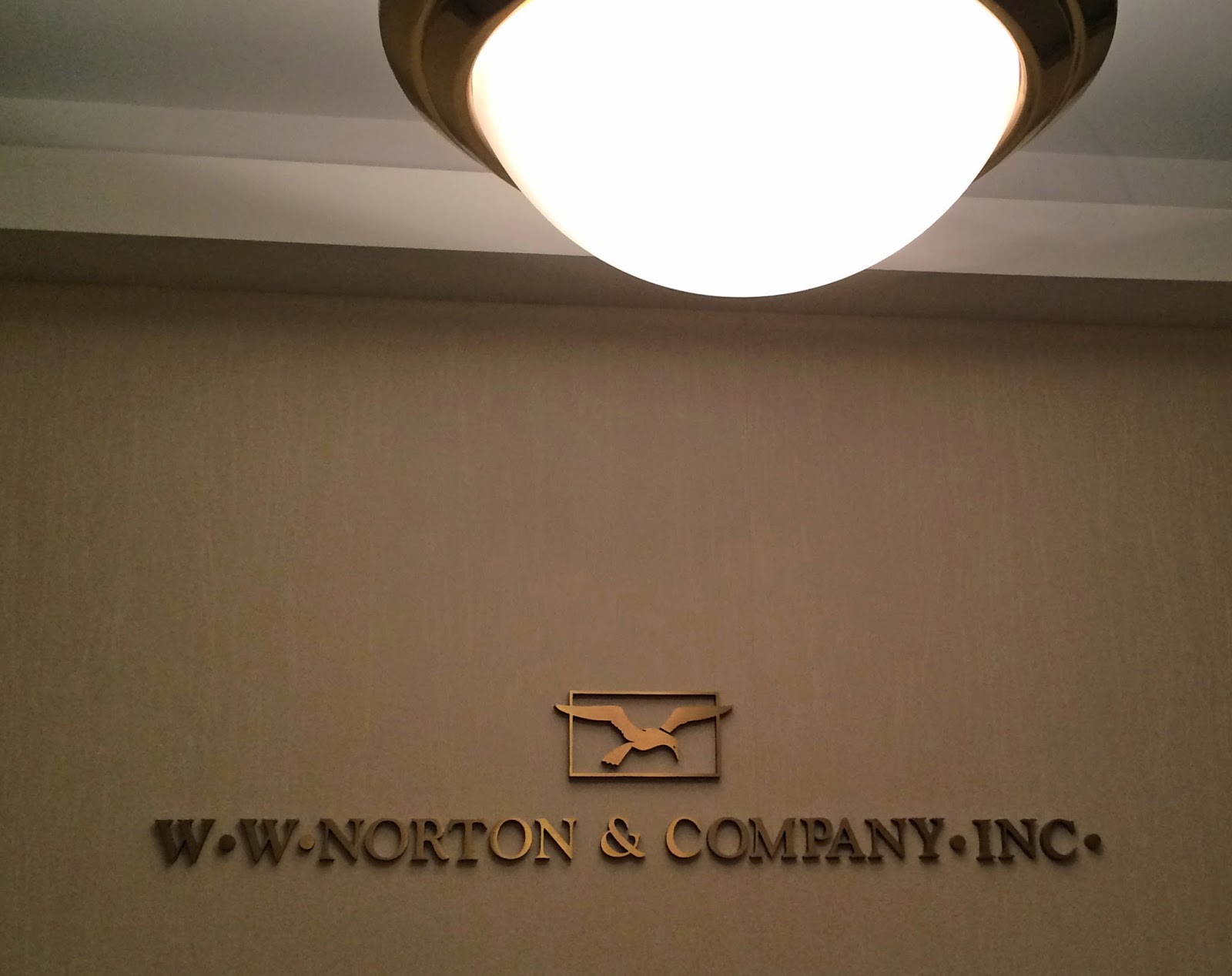 I conspired with Claire, my publicist over coffee, trying to figure out key angles for Count the Waves. I said hello to Jill and met her new assistant, Angie. Bumped into Steve and Nomi, who tirelessly work the AWP booth every year, and snagged copies of Sandra Lim's The Wilderness and Eavan Boland's The Woman Without a Country. These annual visits aren't absolutely necessary, but they're vital to me: I want to know the faces and voices behind all the emails.

After I'd run out of excuses to stand around gawking at books, I walked a few blocks down to Grand Central Station and grabbed a seat at the counter of the Oyster Bar. 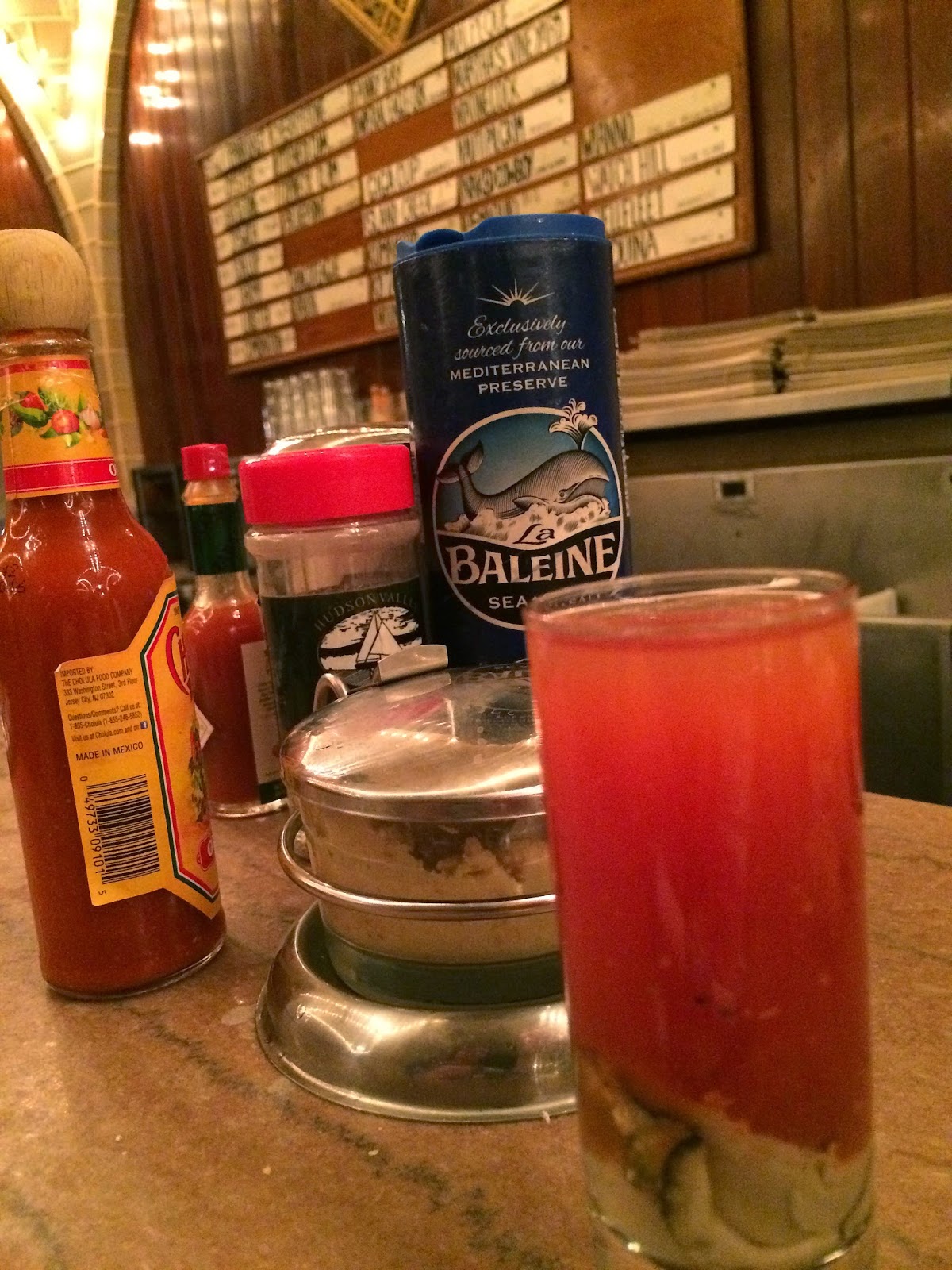 My friend Jeff introduced me to the Oyster Bar in 2009. Time flies! I ordered a Bloody Mary shot, which is what we ordered that day. And a dozen oysters on the half shell for good measure, with crackers pocketed for later...breakfast, to be exact. 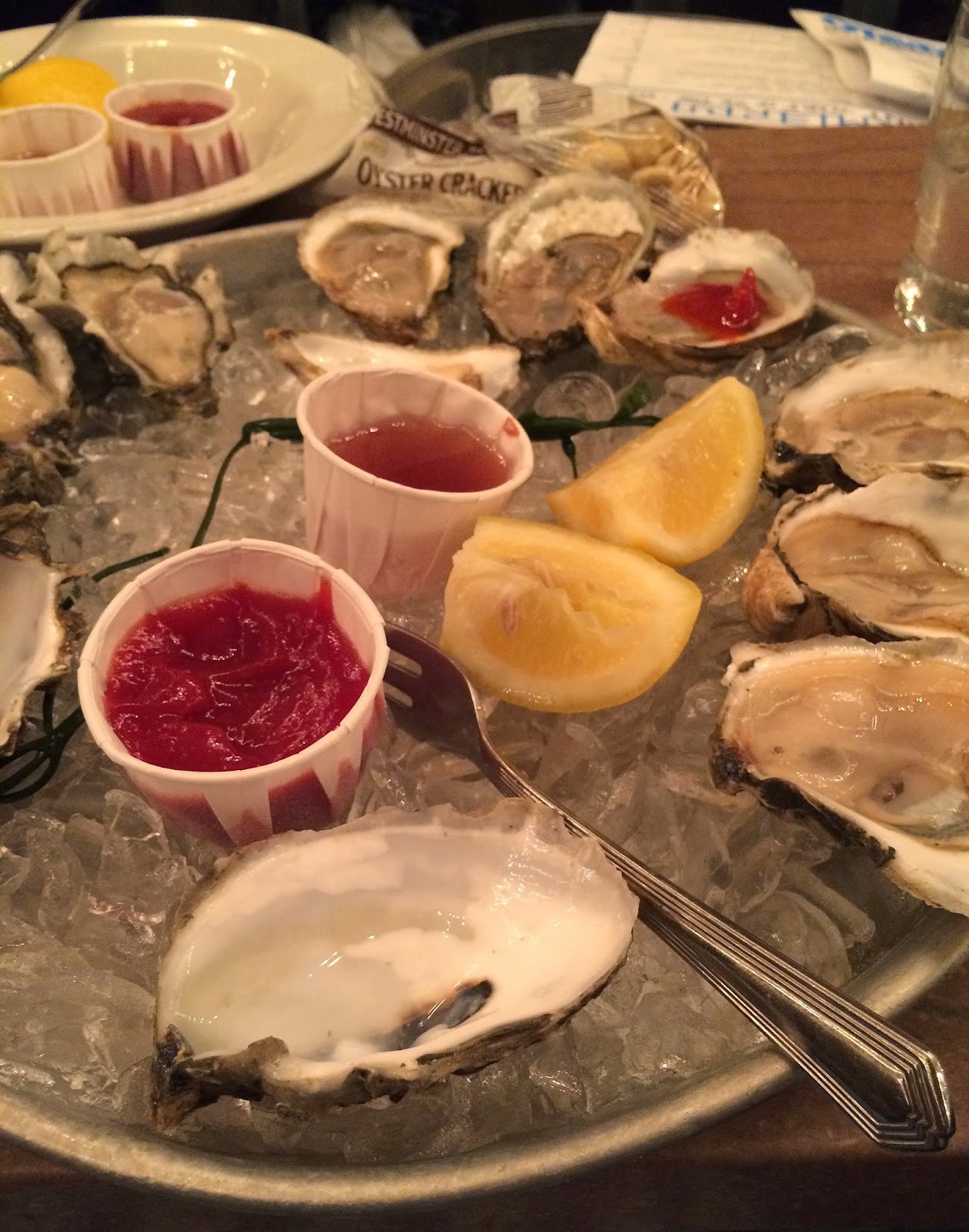 Malpeques from Prince Edward Island, Pemaquids from Maine, and "Gigacups" from Washington state, a name that makes me smile (second only to the "Nauti Pilgrims" from Massachusetts). Four of each: two with lemon and vinegar, two with cocktail sauce and a dash of Cholula. A Blue Point Toasted Lager to wash it all down, while I leafed through the January issue of The Sun; "Readers Write" as the best part, per usual. I dog-eared a portfolio of Coney Island photos to leave out for my uncle. 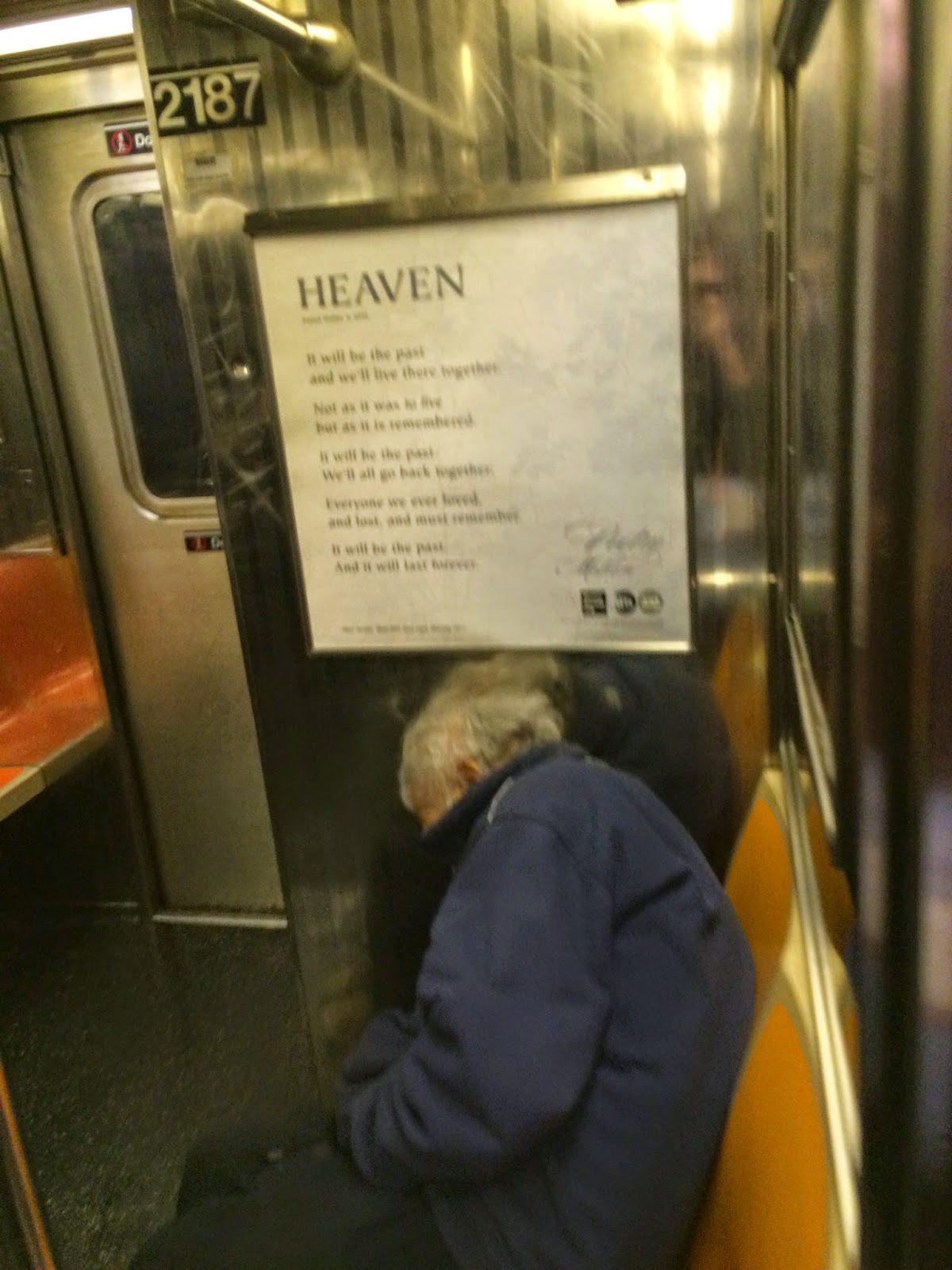 Though my uncle has had the same Central Park West studio my entire life, navigating uptown to his place always makes me anxious. I made sure all five keys to the building worked, dropped my bags, and got right back on the subway. 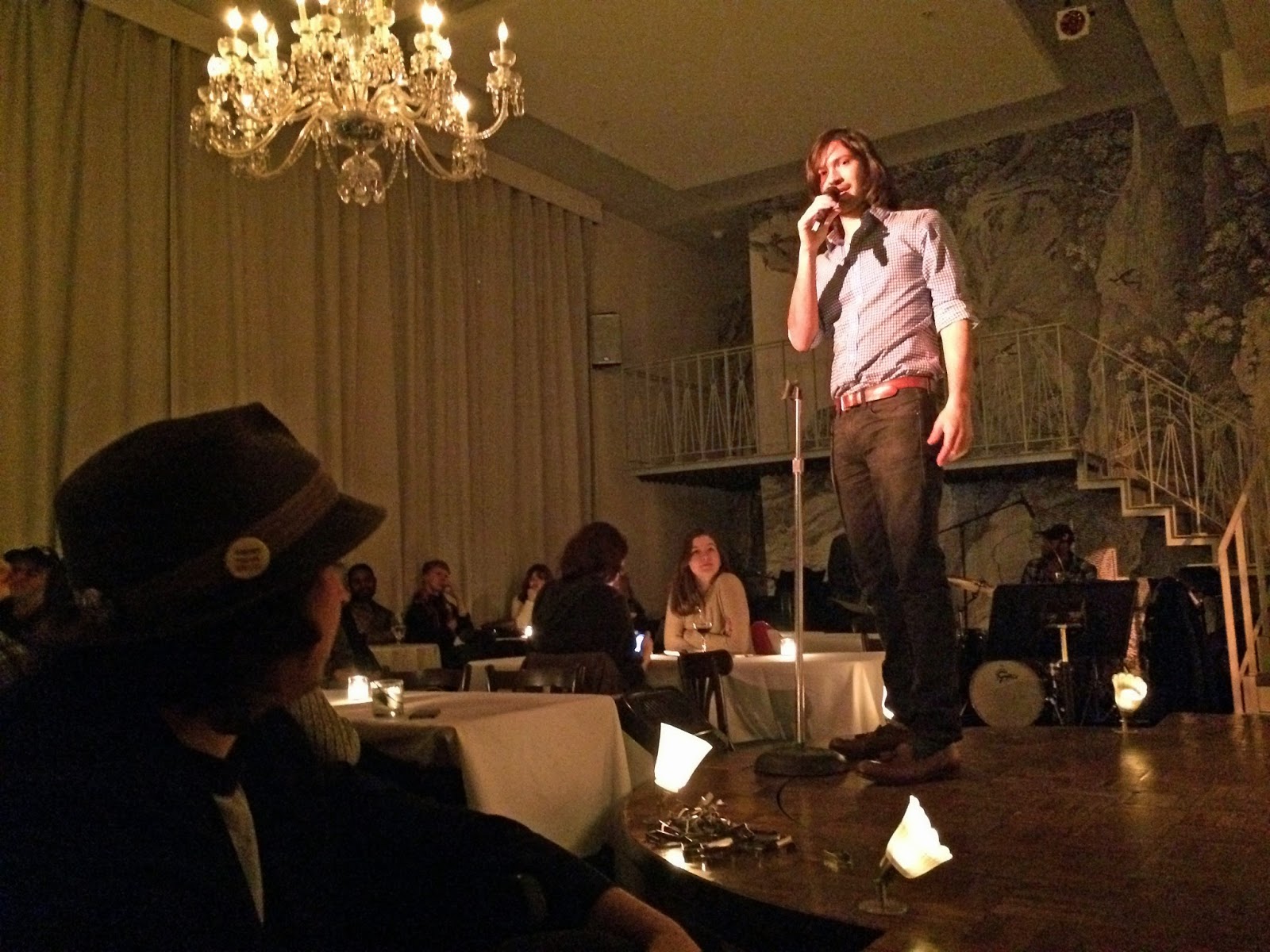 I've been to the Bowery Poetry Club twice before. The first time was ten years ago, when I while staying at the White House hostel. I sipped a carrot juice and tried to summon the courage to sign up for the open mic. More recently, I stopped in to see Reverend Jen host an anti-slam, and it was as I remembered: dark and raucous.

When the Club opened in 2002, Bob Holman threatened to be the first one to ever go broke running a bar in New York. He came pretty close. So they've given it a total makeover, more fitting to a place that now hosts burlesque five nights a week to pay the bills. That's not a terrible thing--I like the blue, and the art deco details. Hell, if you've gotta make something over, might as well really make it over. 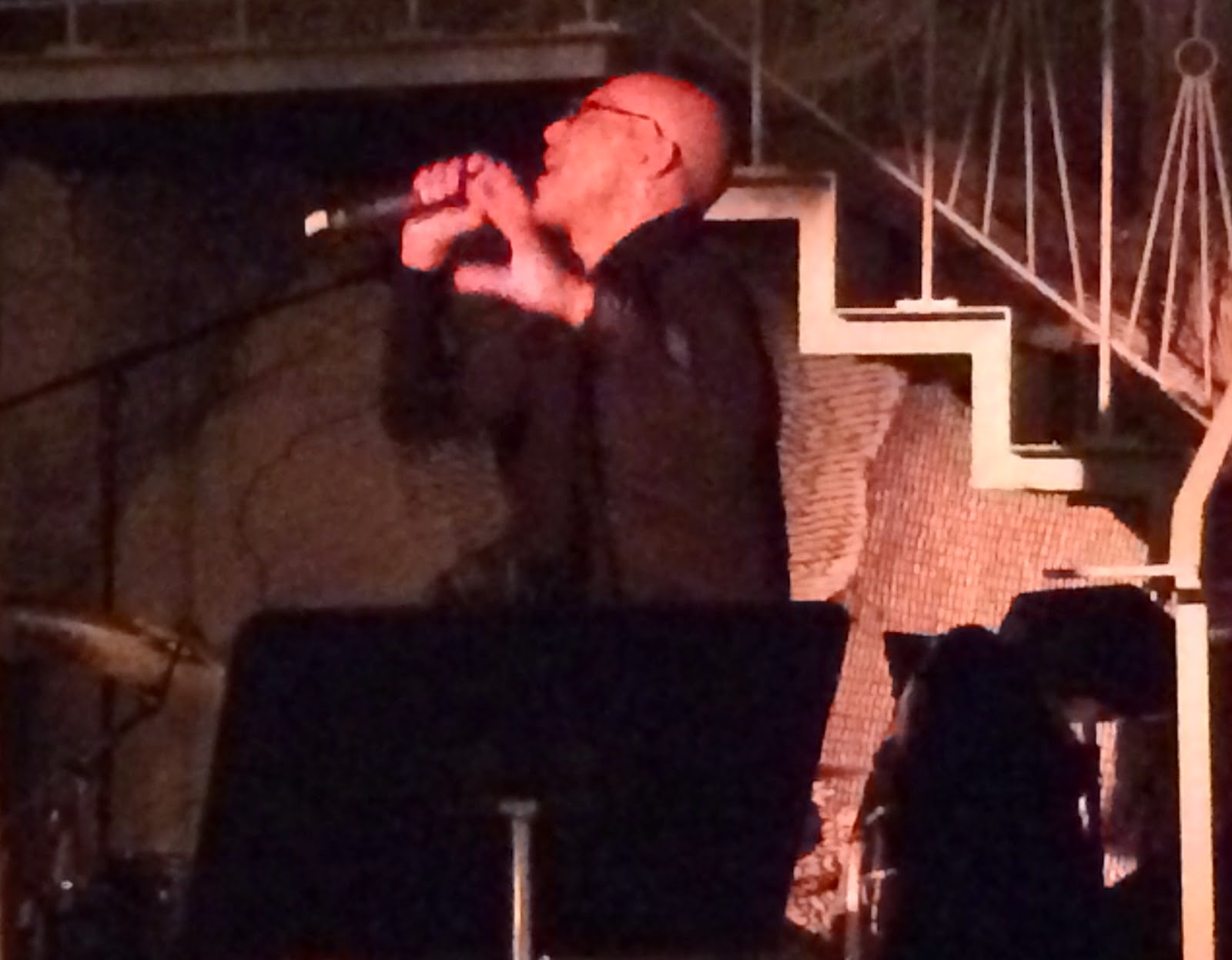 reg e. gaines was the co-feature, and good lordy did he bring it. He got right up with the Duo, who were riffing jazz-funk accompaniment for all the readers, and broke out "Please Don't Take My Air Jordans." I knew his name was familiar, but it wasn't until later that I realized this is the guy who was nominated for a Tony for the book to "Bring in Da Noise, Bring in Da Funk." I had to follow him. No pressure. 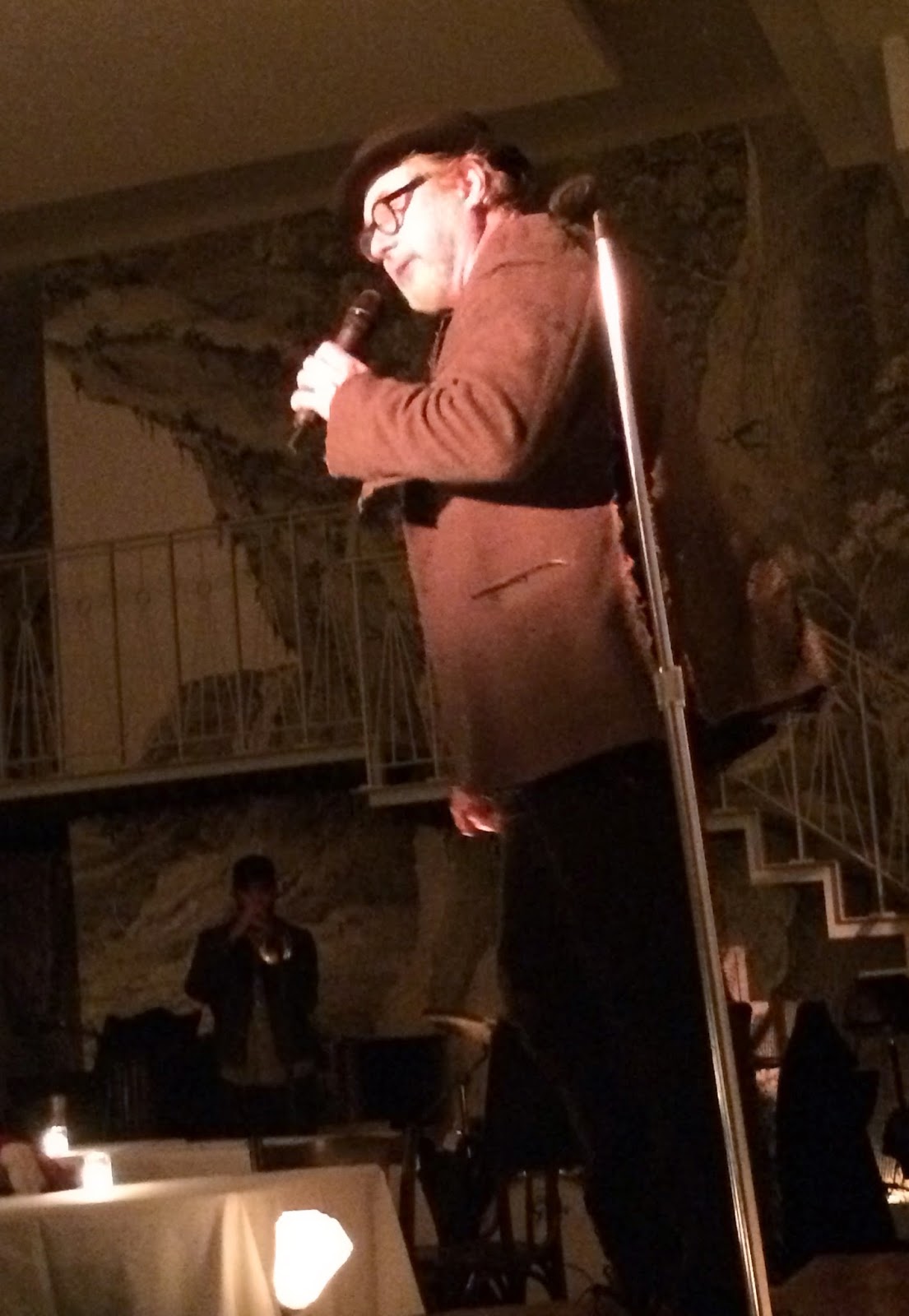 Oh, and also no pressure, Bob Holman was there. At my table! (Or rather, I was at his table.) I can't capture this man's energy, but this is someone who has worked with the St. Mark's Poetry Project, Nuyorican Poets Cafe, BPC, "United States of Poetry," now the Endangered Language Alliance, and so on. You cannot meet him and not be struck by his capacious mind, and his generous heart. Also, he's a big ol' flirt.

It was a lot to take in, especially since I was using this reading to try out a new combination of poems. I think I did okay. If they invite me back, I'll know I did okay. I followed the best rule I know for readings: share one less poem than you want to. It's like Coco Chanel's gospel about removing one accessory before you leave the house. 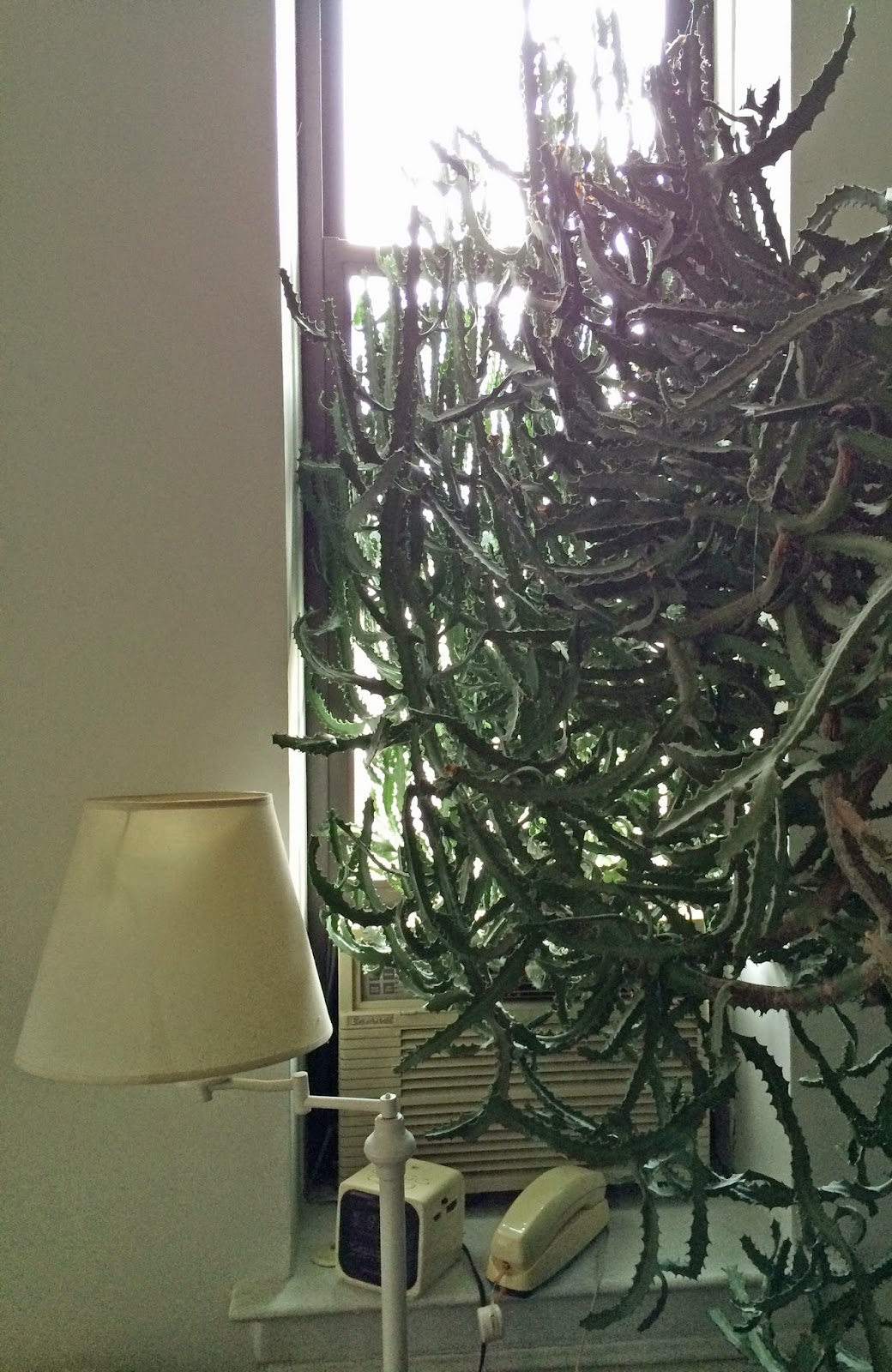 I love my uncle's apartment. Even if I didn't know he'd been there forever, I would be able to tell with just one look at this cactus. There is always a box of Triscuits on the shelf and Pinnacle vodka in the freezer, chilling alongside two cut-crystal glasses. He has a great eye for calming what could otherwise feel like a crammed-tight space. 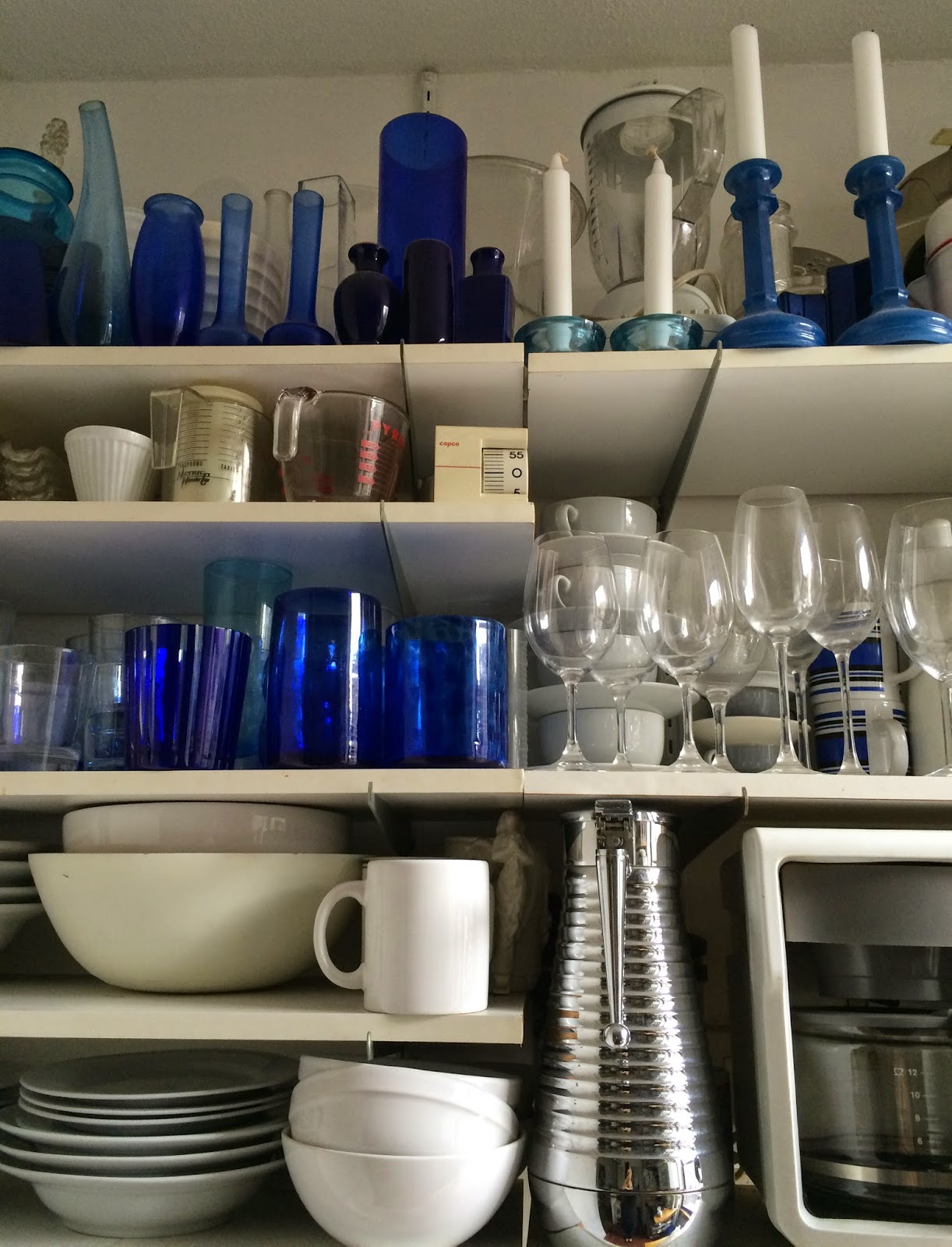 Hard to believe that all this happened in less than a day. I don't know that I could ever live here. New York wears me down. The cold is just a little harsher than DC, the streets a little dirtier, the people a little gruffer. But it's a deeply exciting city in its new-ness and its old-ness, in its layers. And I leave as I always do--achy, and grateful. 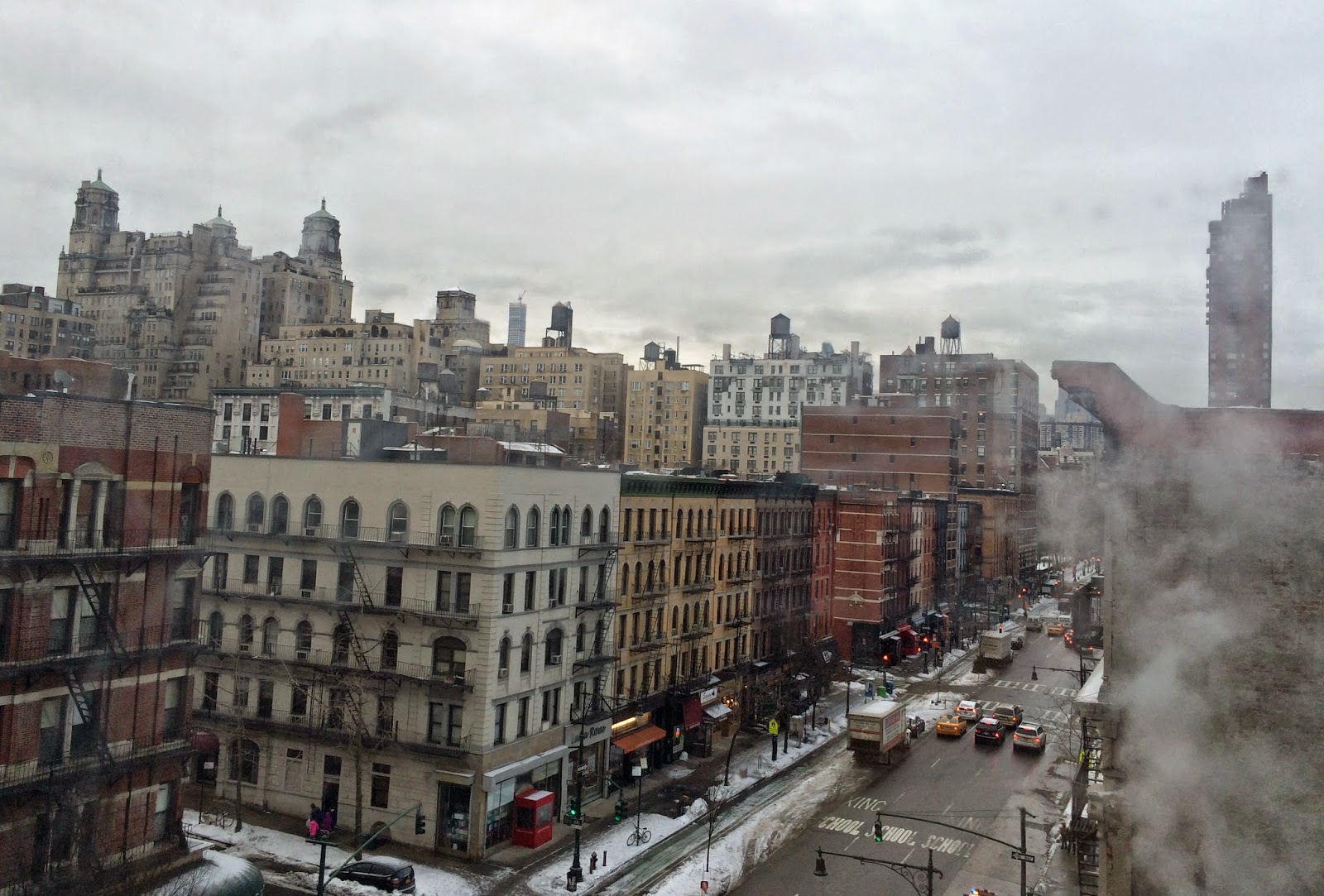 Posted by Sandra at 7:04 PM No comments: