Kazim Ali, you brilliant devil! He's the third person I've known to go on Jeopardy, and the second poet. Finally, a monetary value gets attached to skill with wordplay...you gotta love that column that's always on the far right. "This Must Be Belgian" for $500, anyone?

I just got back from seeing a performance of "Who's Afraid of Virginia Woolf?" starring Kathleen Turner (with a show-stealing performance by Bill Irwin, who won a Tony for the role in 2005). The play, written by Edward Albee, pulls no punches. One thing that I admire about playwriting is its ability to express anger--more so than prose, certainly more so than poetry.

Something about the give-and-take of pure dialogue allows tension to build in a unique and palpable way. Anger, in poetry, tends to come across as mere orneriness (I'm thinking of Bukowski, and even some Tony Hoagland). In fiction, anger is almost always couched in artful, but distancing, analysis. Anger on stage can be legitimately intimidating. Says Martha: "Look, sweetheart, I can drink you under any goddamn table you want, so don't worry about me." Says George: "All I said was that our son, the apple of our three eyes--Martha being a cyclops..."

The play was at the Kennedy Center, and I was lucky enough to have access through my boss's "Circles" membership, which is an annual support program independent of any one show. I suppose the closest parallel in the literary world would be purchasing a "subscription" to a press's yearly crop of books, which I think is a splendid and under-utilized idea. If you're interested, I wholeheartedly recommend such programs at Ugly Duckling Presse and No Tell Books. Not only are you supporting individual creative works, you're investing in the creative and editorial vision of an independent press.

While I'm rambling: If you're looking for vivid nonfiction, try "Sweet and Low" by Rich Cohen. One of the few nonfiction books where I was sad when I ran out of pages to read. Written by a disinherited grandson of the man who invented Sweet n' Low (both formula and packets), it's a story of Jews coming to Brooklyn and making good; the science and marketing of sugar; our commercialized obsession with obesity; a family fortune, squandered; a daughter, disowned; and some mafia drama thrown in for good measure. Funny, real, and a damn good story.
Posted by Sandra at 12:38 AM 2 comments:

She has very large tractors. 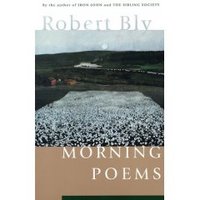 God does what she wants. She has very large
Tractors. She lives at night in the sewing room
Doing stitchery. Then chunks of land at mid-
Sea disappear. The husband knows that his wife
Is still breathing. God has arranged the open
Grave. The grave is not what we want,
But to God it's a tiny hole, and he has
The needle, draws thread through it, and soon
A nice pattern appears. The husband cries,
"Don't let her die!" But God says, "I
Need a yellow dot here, near the mailbox."

The husband is angry. But the turbulent ocean
Is like a chicken scratching for seeds. It doesn't
Mean anything, and the chicken's claws will tear
A Rembrandt drawing if you put it down.

When it was only Tuesday night and I'd already been in the office for 26 hours, I accepted that this week would be beyond my control.

In workshop not too long ago, someone pointed out that I use parallelism much more than most poets. It's true! I'm mildly paralyzed by the realization. This is an ambivalent poetry period for me. Trying to read for inspiration, but I keep picking up poems that seem so self-satisfied with their own wordplay. So happy to just....float. Prettily. No narrative thrust. I miss the sense of something focused, urgent, the act of piercing. Am I just reading the wrong poems? Am I just grumpy and overworked?

The soldiers
are hard at work
building a house.
They hammer
bodies into the earth
like nails,
they paint the walls
with blood.
Inside the doors
stay shut, locked
as eyes of stone.
Inside the stairs
feel slippery,
all flights go down.
There is no floor:
only a roof,
where ash is falling--
dark snow,
human snow,
thickly, mutely
falling.
Come, they say.
This house will
last forever.
You must occupy it.
And you, and you--
And you, and you--
Come, they say.
There is room
for everyone.

Congrats folks. If you're looking for a model of how to step boldly up and into the new year, go visit Alison Davis (née Stine). This woman means business.

In the meantime, I yield happily to Brent Goodman's request for a theory of line breaks. One day in our workshop, a student asked Charles Wright when he knew to break a line. "Well, I write until the line is full," he said. "Then I start a new one." If that sounds maddeningly intuitive, think of it this way--if we use the pause between lines to digest and store what is said, then it makes sense that we'd ask each line to accomplish one and only one thing to advance narrative or image. Anything more and we're supersaturating the line...because what is the free verse line beyond a self-regulating vessel for an idea?

Mind you, this theory need not result in lines of consistent length. A one-word line can work under this rule. Even a Hart Crane line fits, if most of the long line is occupied with contained play of sound and there's just that one clause that propels a larger story.

This is one of several theories I've flirted with through the years. For awhile I researched all kinds of systems for line breaks--Denise Levertov's organic breath, syllabics throughout history, poets for whom collaboration with visual artists (WCW, Louis Zukofsky) caused them to perceive the page as a literal canvas. But it's this casual comment that sticks with me, and I thank Charles for that...even if he did probably make it up on the spot to avoid a longer answer. This is, after all, coming from a man who writes in prime meter.
Posted by Sandra at 1:55 PM 6 comments: